Video: handing in the Save the 167 petition to TfL 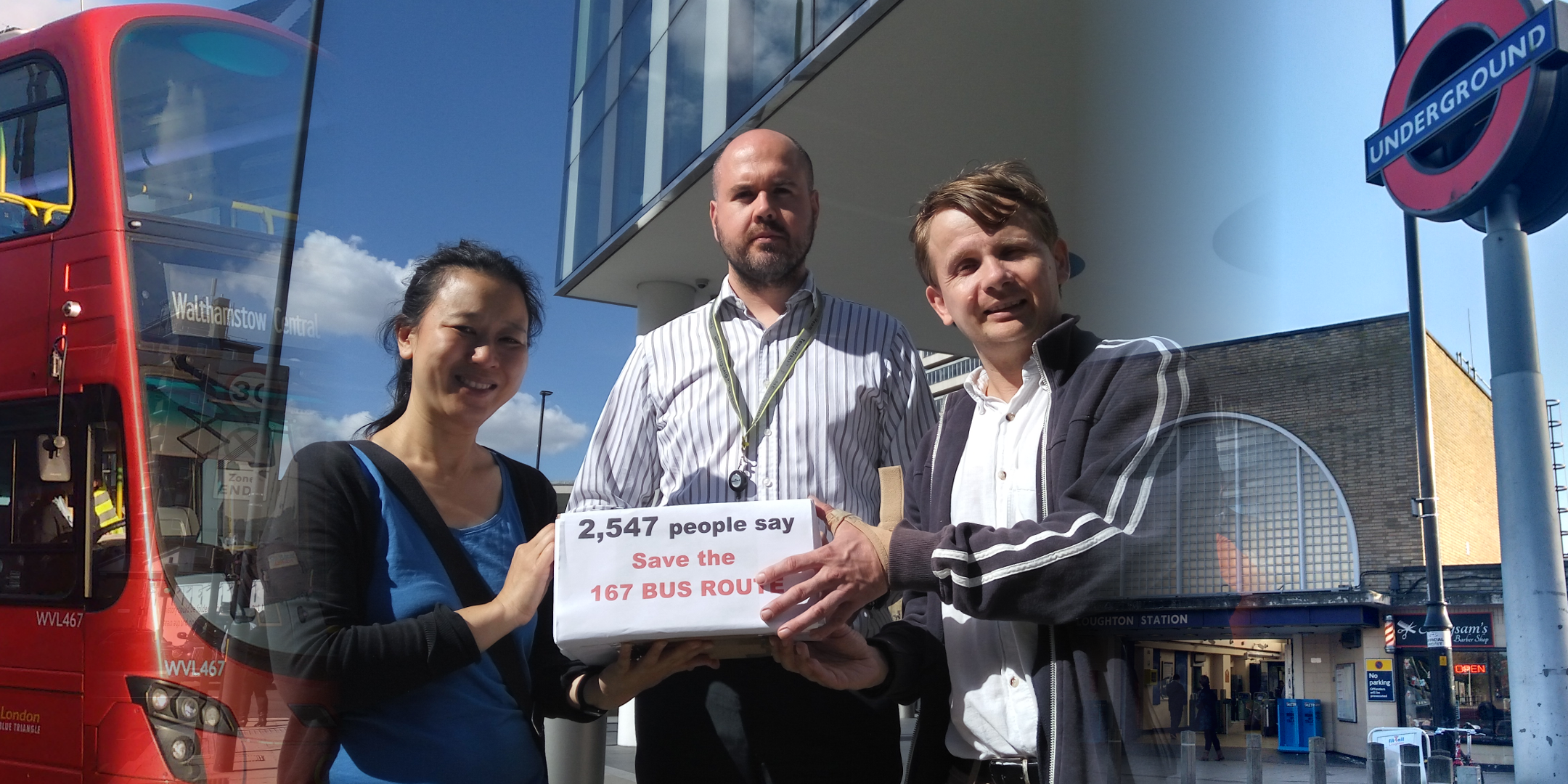 The petition to oppose plans to reduce the 167 Bus Route has attracted over 2,500 signatures.

Set up by Loughton resident Heidi Chow the petition calls for TfL to maintain the current route from Ilford to Debden. Current plans would see the route stop at Loughton.

The petition was handed into TfL on Friday 23rd September. EFTAG went along to support Heidi and filmed a few pieces to camera before we went in, explaining more about the reasons behind the petition and campaign.

This site uses Akismet to reduce spam. Learn how your comment data is processed.